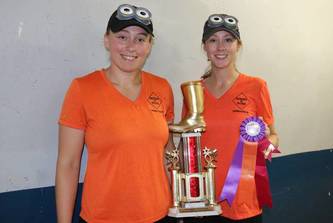 ttp://www.hantsjournal.ca/community/2018-gfl-hillbilly-dash-for-cash-drawWINDSOR, N.S. — Two Halifax women who ride horses in Hants County took home the prized trophy at the 2018 GFL Hillbilly Dash 4 for Cash competition Sept. 22.
Before a large cheering crowd, nine teams of two people, tackled the challenging obstacle, partner-carrying course inside the main arena at the Hants County Exhibition.  For Kate Howarth and Antonia Chircop, it was their first time competing in the event.
Hants County Ex 2018 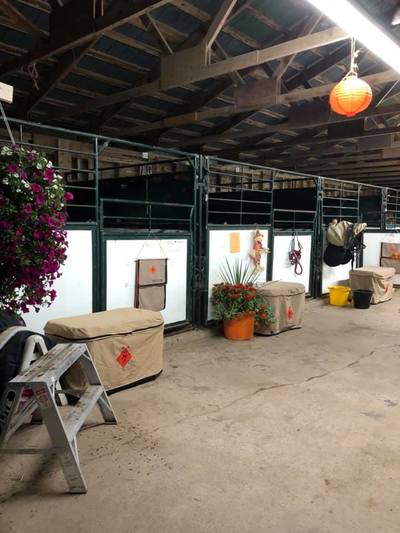 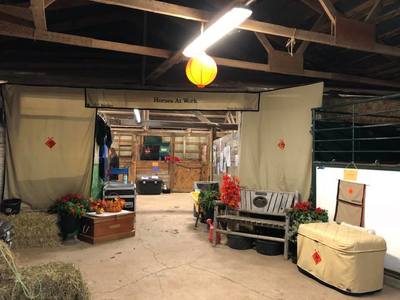 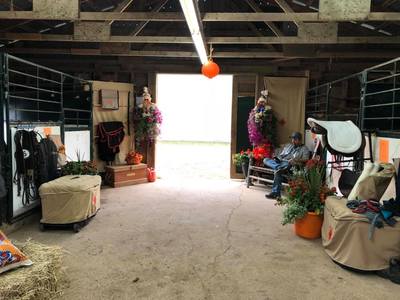 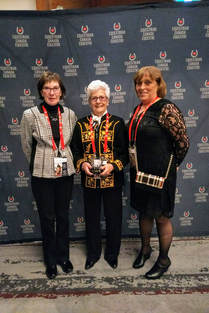 Jill and Mary-Clare attended the Equestrian Canada Convention and are shown here with Cara Whitham.  Cara was recognized by the Dressage Community for her years of dedication to the sport.

We are so appreciative of Cara for her continued passion and support of coaching and especially for her help to us when the English Rider Learn To Ride 1-10 was being developed.  We fondly remember being told to meet Cara for lunch at the 2006 convention where she took us through the draft
page by page and thank her for her wisdom and insight! 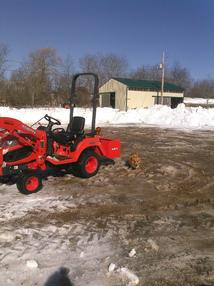 ​Our new Kubota is now officially broken in!  Rings are plowed and we look forward to some riding time with the forecasted good weather coming our way!

​The Hillside Ring is ready for after dark riding as we have three lights that were installed last fall. 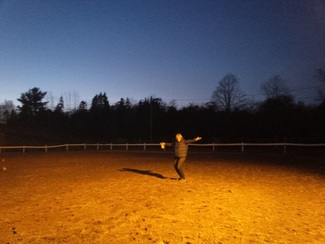 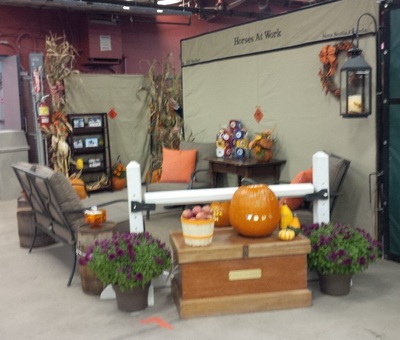 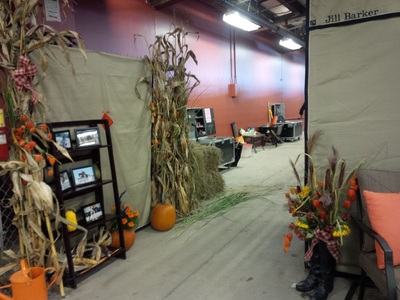 A good day to replace your helmet as many retailers will offer special pricing on the day. 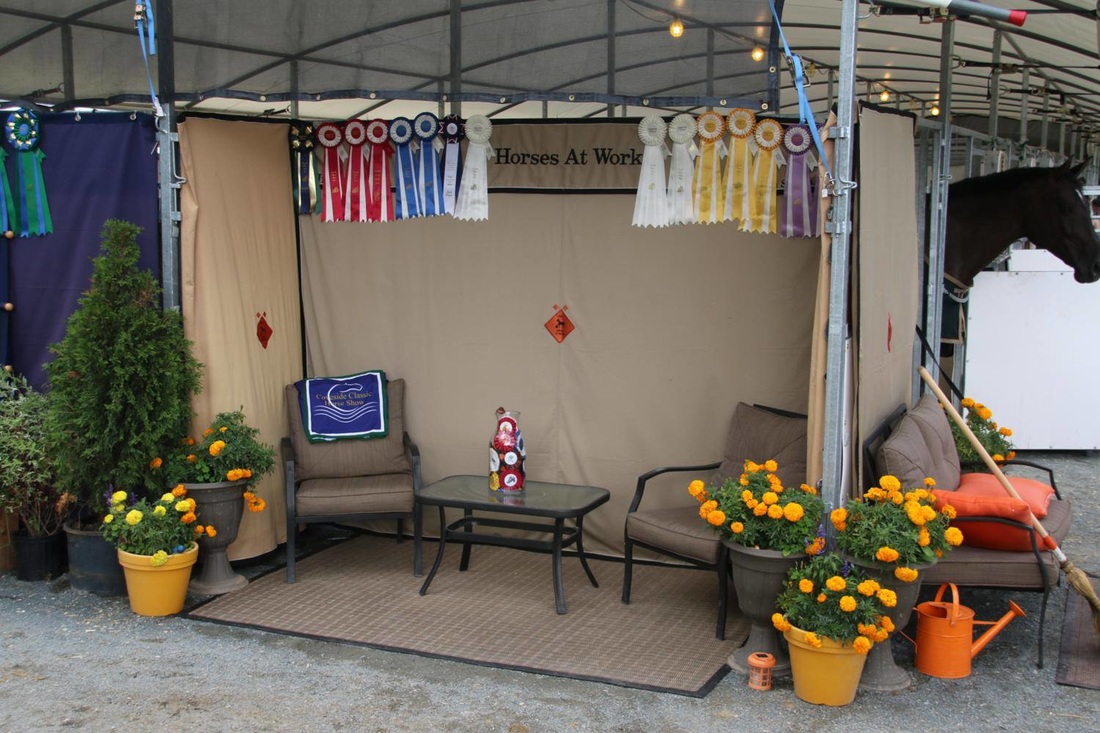 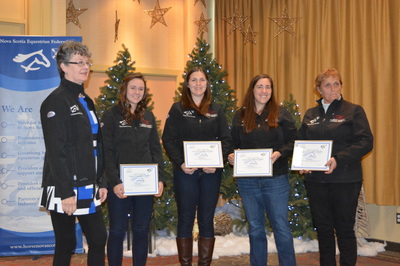 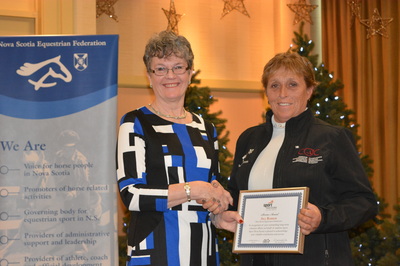 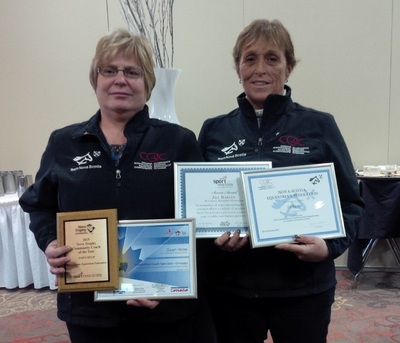 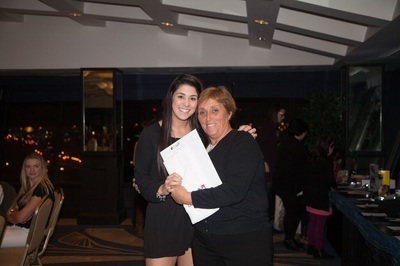 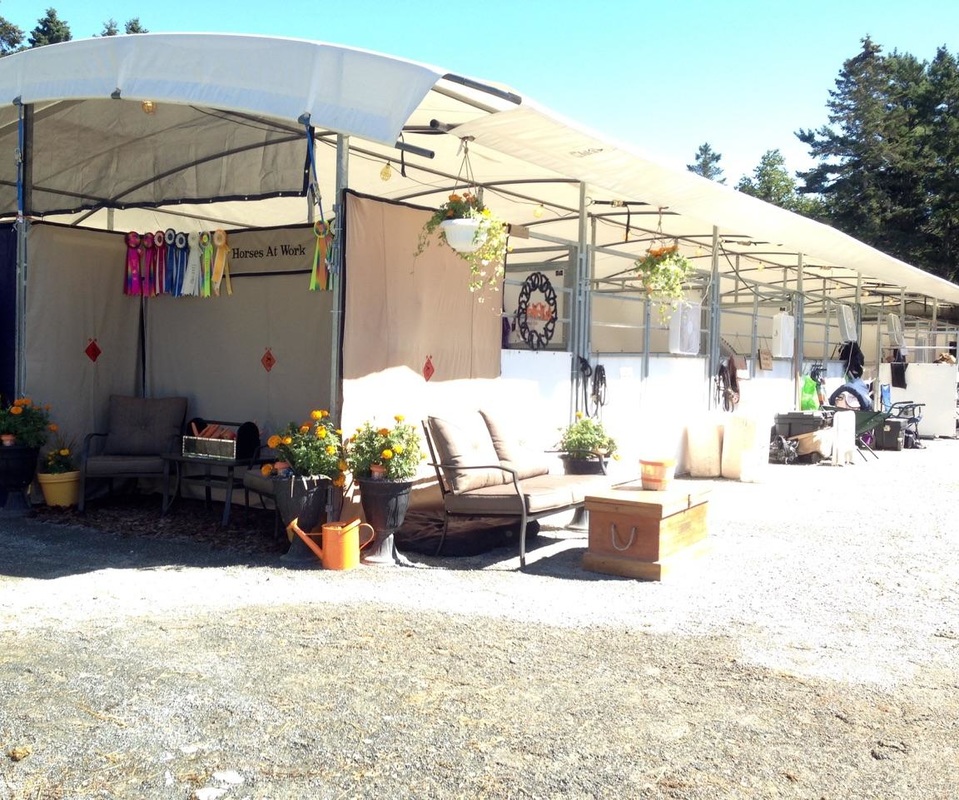 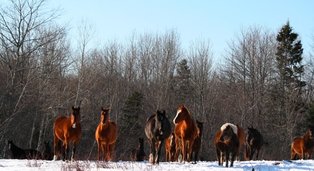 We hope that you will join us in our support of"Crosby Stables Raise The Barn".  A Trust has been established to gather funds to ensure that the farm has a stable before the fall season is too far along.  The Group Support For Crosby Stables is on Facebook, please join us.


The equestrian community across Canada and the United States have been amazing in their support of the Crosby Stable Family!  As immediate needs have been so generously met through donations, we are now focused on the future, to ensure the next chapter for this Stable begins. The next upcoming event is an Online Auction from July 10-19th.  Please feel welcome to contact any member of the Trust - Jennifer White, Mary-Clare McLaren, Candice Crosby or myself, Jill Barker.
06/17/15 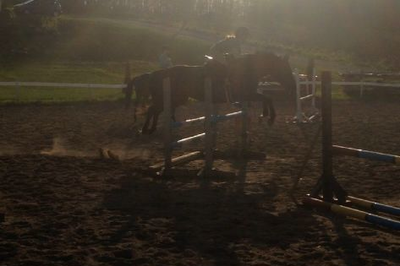 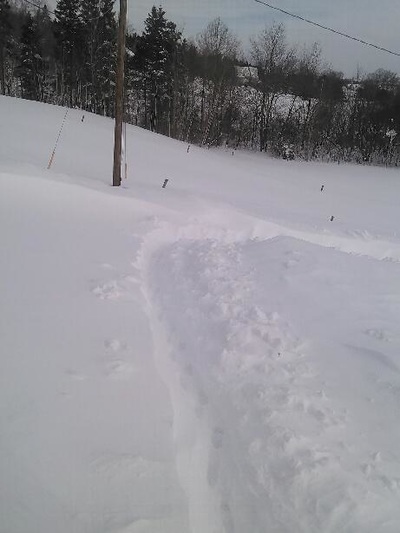 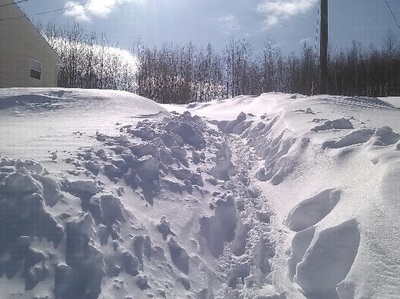 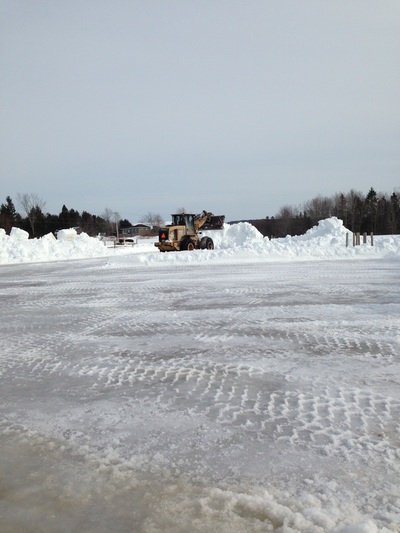 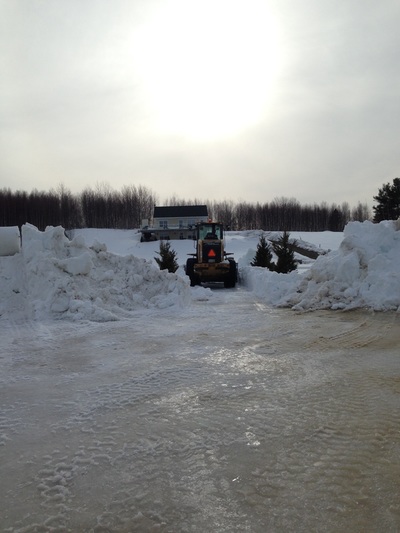 Wonderful summer weather in Nova Scotia and on a beautiful July 2014 day, riders were out for some fun in the derby fields including a hack to the Osmond's huge hay field across the road!  That is the big field with the billboards that you see along the St. Croix as you head to Windsor from Halifax!

Results are uploaded following each competition to http://www.horseshowsonline.com 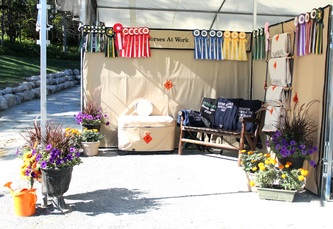 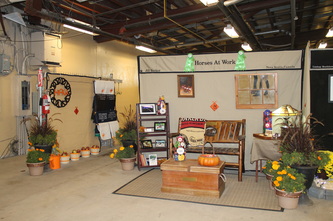 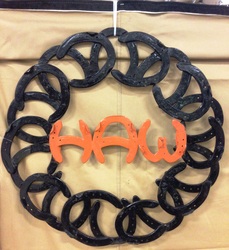 Jill has now traveled to Bromont twice (2011 and 2012) and Blaineville (2014) as the Team Coach for our Nova Scotia Jumper Team who competed at the Canadian Interprovincial Equestrian Championships. 2013 the CIEC was hosted in Alberta and we did not host a Jumper Team.

At the 2012 Equine Canada Conference held in Newfoundland February 2012, Jill recieved a National Coaching Award as a level II Coach.  These are new recognition awards, one for each category of NCCP Instructor of Beginners and Coaches.  Nomination forms are available on the EC website. Jill was nominated by one of her student families.  Congratulations!

Congratulations Evan Phinney for recieving a 2012 Jump Canada Bursary.  In addition Evan has been accepted to attend the WEF 2012 Canadian College Prep Varsity Show Rider weekend in January. Evan has had quite a year beginning with WEF in February, forging a partnership with "Duke of Earl" at the beginning of the season, competing on Team NS at the inaugaral Canadian National Championships in the medals and finishing up the Maritime season.

Jill Barker recieved Volunteer of the Year from the NSEF at their Annual Awards Reception in November.  The award was accepted by students Meghan Siddle and Evan Phinney on her behalf as Jill was in PEI doing a update for coaches and instructors.

Meghan Siddle recieved a championship year end award for the Scotia Series 2'9" Division for her ride on Pay It Forward aka "Stewie".  Emma McLean finished 5th in the same division riding Touche.  Congratulations!

Congratulations to Nicole Osmond and Hand In My Pocket who qualified and competed at the Royal this year!  The tack room travelled up the road again and Maddie's "Royal" pumpkin was a hit!

What a lot of fun, the Horses At Work gang decorate for the tack room contest at the fair! To honor the judge, Mary Walker, (longtime horsewoman, horse mom, judge, and supporter here in the Maritimes as well as an original member of the Halifax Junior Bengal Lancer Musical Ride) - we decided to "kick it up a notch"!  Rachel's mom kindly offered her acting abilities as the English Butler and invited Mary in for a "stirrup cup" if you like.  Nice to have a good bit of fun and yes - we won the award for Light Horse.  Plans are being laid we hear for next year! 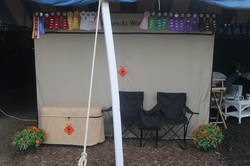 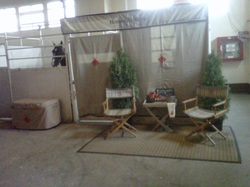 Royal Winter Fair 2011
The tack room evolves again with the new tack box covers.  Oh - and there was A LOT of candy packed!Congratulations to Nicole Osmond riding Hand In My Pocket and Maddie West riding
Line of Credit who qualified and competed at the Royal this year.  Both riders  finished in the top 10 in at least one class of their respective divisions and
we are proud of them! 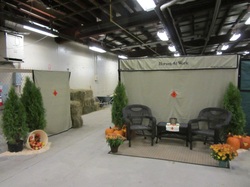 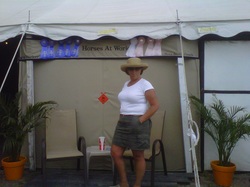